In GOOD reading condition. Yellow canvas covered boards with silver label and red font on front and spine depicting a picture of a castle and prince astride a horse. The cover is all-over soiled with bent corners and frayed spine. No dust jacket. Red, illustrated endpapers. Binding in tact. Binding is in tact but appears to be glued at front endpaper. Pages are yellowing from age but very clean -free of stains, odors, creases and markings beside inscription at front dated 1940. The book is undated but these printings in this style of covering by this publisher are usually late 1930s dated through inscriptions left in some copies as early 1900s. This is a solid copy of a timeless fairy tale by a well known story collector.
341 pages. 8 1/2″ tall x 6″ wide x 1 1/2″ thick
Grosset & Dunlap, c1930s
Illustrated by H. J. Ford

Lang’s urge to gather and publish fairy tales was rooted in his own experience with the folk and fairy tales of his home territory along the Anglo-Scottish border. British fairy tale collections were rare in his time and Lang “was fighting against the critics and educationists of the day” who judged the traditional tales’ “unreality, brutality, and escapism to be harmful for young readers, while holding that such stories were beneath the serious consideration of those of mature age”. Therefore, Lang’s books, particularly through the popularity of the Color Fairy series, revolutionized public perception of Fairy Tales gaining their cultural acceptance.

The Color Fairy series in particular was immensely popular, helped by Lang’s reputation as a folklorist and by the packaging device of the uniform books. The series proved of great influence in children’s literature, increasing the popularity of fairy tales over tales of real life. The first four volumes (Blue, Red, Yellow and Green Fairy Books) are highly sought and increasingly rare finds in all the early editions following their original publication in the late 19th century.

Ships for FREE! Wrapped in tissue, tied with string and handmade tags then packed securely in repurposed materials ‘Waste not, want not’
More nostalgic relics available in the Vintage & Antique Boutique

There are no reviews yet.

Only logged in customers who have purchased this product may leave a review. 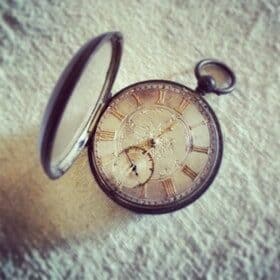